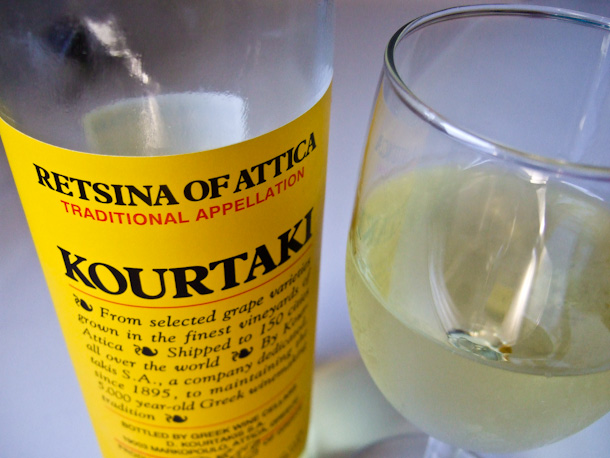 One of the great pleasures of traveling is the ability to literally walk in the footsteps of ancient peoples. For me, a favorite destination is the Acropolis in Athens, Greece, where you can climb through the Propylaea (gate) on marble steps pitted from the footsteps of countless spiritual/military/touristic pilgrimages to the Parthenon beyond. Similarly, at the Colosseum in Rome, you can sit on a bench still clad in the original marble scratched with ancient graffiti and imagine a Roman, perhaps not unlike yourself, sitting in that very same spot many centuries ago watching a Gladiator’s battle.

These “imagined memories” can also be experienced through food and drink. Years ago, on a trip to the Greek island of Crete, I stayed in a house on the island’s north shore where the hostess offered to cook a traditional Cretan meal for my last night there. As a half goat roasted in a newly dug pit lined with coals, she walked out to the yard and literally pulled up a bunch of weeds and brought them into the kitchen.

After a thorough cleaning and removal of potentially gum-shredding brambles, these “greens” were boiled and then simply dressed with olive oil. Known as horta in Greek, this dish features bitter greens infused with the saltiness of the nearby ocean spray and the fruitiness of the olive oil to create a combination of flavors Cretans have experienced for thousands of years.

On an earlier trip to Athens I met my friend Marc, an American expatriate, for dinner in the courtyard of a typical Athenian taverna. The walls of the courtyard were lined with wooden barrels, some with spigots draining gold-colored liquid into carafes. “What’s this?” I asked as a carafe was placed on our table and two tumbler glasses filled. “This is the taverna’s own wine,” explained Marc. “It’s a Greek wine that’s been made for two thousand years. It’s called retsina.”

The fragrance of the wine was like nothing I’d ever experienced – something akin to wet cedar siding. The flavor also recalled the scent of pine trees and, to some people, the resinous scent of turpentine. Not exactly the flowery terms used to describe most wine. But the flavor grew on me, and seemed unusually complementary to the Greek food we were eating.

Why is retsina wine variously described as having the flavor of pine trees and turpentine? Made with the Savatiano grape, retsina is a typical Greek white wine that in fact has pine resin added during the wine making process. One explanation for this tradition goes back to the ancient Greeks who sealed amphorae (ceramic containers) with Aleppo Pine resin (a pine tree native to the Mediterranean) to prevent air from getting in and spoiling the wine. This pine resin would inadvertently flavor the wine, thus giving it its unique flavor.

Needless to say, retsina is not highly regarded in serious wine circles. Understandably so – the base white wine isn’t very complex, and even if it was, the pine resin would overwhelm it. Still, Greek wine producers continue to make retsina (with the same Aleppo Pine resin used in ancient times). On a recent trip to the new Phoenicia Market in downtown Houston, which has a small and diverse selection of international wines, I found Kourtaki retsina – one of the best-known brands.

The flavor of the Kourtaki is far more agreeable than the firewater I remember from years ago in Athens. Floral and mineral notes hold their own with a pine flavor that’s been dialed back significantly. I enjoyed drinking it. But more importantly it brought back memories of my first visit to Athens and the meals I had there with friends. And going back further, one can imagine a citizen of ancient Greece breaking the seal of a newly acquired amphora, and drinking in the flavor of his young country’s pine-scented wine.

2 Responses to Retsina: Greek Wine of Flavor and History