A Taxonomy of Tex-Mex 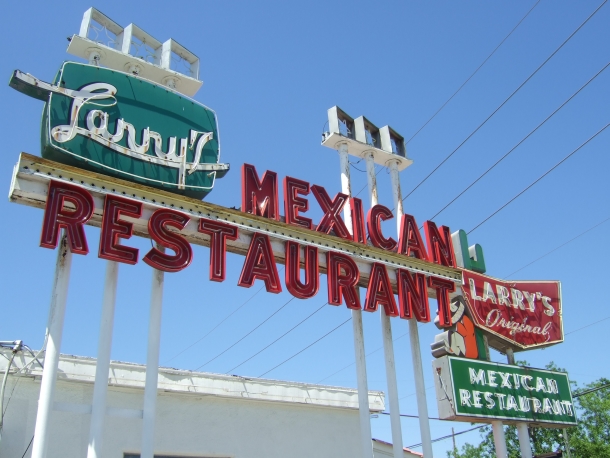 One of the grand and admirable ambitions of the new El Real Tex-Mex Cafe is to promote the cuisine known as Tex-Mex. For most Houstonians and Texans in general, going out for “Mexican food” really means going to a Tex-Mex restaurant. Tex-Mex is acknowledged to be one of the earliest regional American cuisines, developing from the early 1900s to the present day as a fusion of northern Mexican and Texan cooking traditions. A plate of gooey cheese enchiladas, topped with a tangy red sauce or “chili gravy” and accompanied by rice and refried beans is the quintessential Tex-Mex dish.

Texans, of course, put Tex-Mex cuisine right up there with the Alamo and Friday night football as icons of Texas culture, not only because it originated in Texas, but also because it just tastes so damn good. But not everyone agrees with the sanctity of Tex-Mex. As Robb Walsh notes in The Tex-Mex Cookbook, the doyenne of Mexican cooking, Diana Kennedy, considers Tex-Mex a lowly bastardization of Mexican cuisine. And just last year, at the opening of the new Culinary Institute of America (CIA) branch in San Antonio, a Latin Flavors Symposium revealed disagreement about whether Tex-Mex should even be included in future events.

But who really cares? The CIA is based out of New York and Diana Kennedy is the biggest Mexican food snob there is. The only thing that really matters is that we as Texans have ready access to that life-affirming mongrel cuisine known as Tex-Mex. And I’m here to tell you that the state of Tex-Mex in Houston is strong.

But it’s changing, even fragmenting. Based on my regular experiences with Tex-Mex in Houston, I’ve put together a list of Tex-Mex restaurant types, with a few notable examples of each. 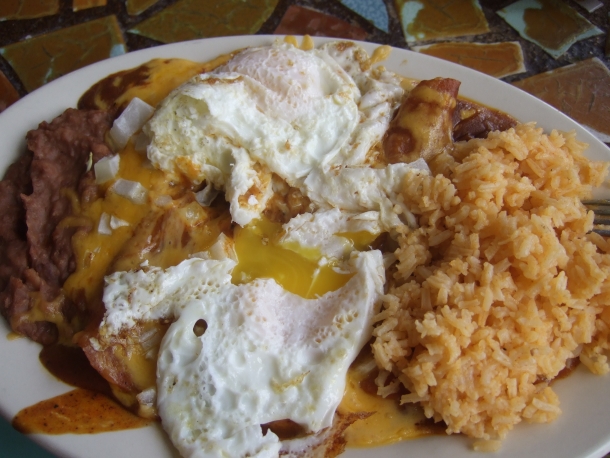 Old-school Tex-Mex: These restaurants are the foundation upon which all other Houston Tex-Mex restaurants are built. By tradition, the food is somewhat bland by contemporary tastes, but rich in history and comfort. There aren’t many left: Larry’s Original Mexican Restaurant in Richmond, Spanish Village, El Patio/Club No Minor on Westheimer, Apache Mexican Food in Galveston. Since the closing of the last Felix outpost, Larry’s is the standard bearer in this category.

Party Tex-Mex: They do serve Tex-Mex at these places, but most of the patrons are there for the margaritas and bar/patio scene first and the food — that ranges from mediocre to average — is an afterthought. An exception is Chuy’s, which has distinguished itself over the years with better-than-average Tex-Mex. Cafe Adobe, Chuy’s, Taco Milagro, Ruby Tequila’s, Jimmy Changas.

Reborn Tex-Mex: These are Classic Tex-Mex joints that have gone through a rebirth or re-invention of sorts. The Original Ninfa’s is a perfect example: both the restaurant itself and the menu have been upgraded and expanded, while long-time favorites like enchiladas verdes are as good as ever. Also: Armandos, Molina’s.

Mainstream Tex-Mex: These are the joints, most with multiple locations and locally owned, that crank out consistently great and sometimes exceptional Tex-Mex on a daily basis. I’ll take a lot of flak for this, but mainstream joints are serving the consistently best Tex-Mex in Houston. Teotihuacan is my current Tex-Mex favorite. Others: Los Cucos Mexican Cafe, Lupe Tortilla, Guadalajara.

Zombie Tex-Mex: Tex-Mex chains and mom-and-pops that have seen better days and are in need of a reinvention; the food mostly bad to average, service often indifferent. But sheer longevity keeps these places open if not busy. Los Tios, Ninfa’s (not related to the original), Casa Ole, El Paraiso.

Neighborhood Tex-Mex: These are the independent, family-owned places that we all know and love. The quality of the food can vary widely, but when a Tex-Mex craving hits, they’re our go-to joints. Chiloso’s in the Heights, La Mexicana and Chapultepec in Montrose, Antonio’s in West U, Los Dos Amigos on Washington, Lopez in Southwest Houston.

24/7 Tex-Mex: These places are open 24 hours for when you need to scratch that late night/early morning Tex-Mex itch; quality can span the spectrum from bad to great. People watching is always a fun sideshow. Ruchi’s, Chacho’s, Spanish Flowers.

Thanks to Alison Cook for the blog title idea, reader BruceR for the Taqueria Tex-Mex type, and reader JeremyKeas for the 24/7 Tex-Mex type.

5 Responses to A Taxonomy of Tex-Mex