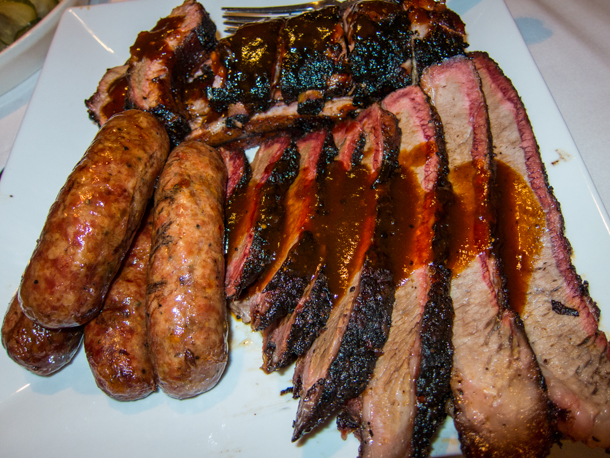 You might call Chef Ronnie Killen an outlier. He’s a classically-trained chef who graduated from Le Cordon Bleu Culinary Institute in London and chose to skip the high-end dining tradition of opening a stuffy French restaurant or a temple to molecular gastronomy and instead focus his formidable training and talents on something closer to home – building a classic Texas steakhouse. And indeed, Killen’s Steakhouse is consistently recognized as one of the best steakhouses in Houston.

More literally, Killen’s lies outside the geographic and cultural mainstream of the Houston food world, on a stretch of highway on the east side of Pearland, Chef Killen’s hometown. Recently, plans to bring Killen’s Steakhouse inside the loop to the Houston Heights were unsuccessful.

Along with the announcement about the defunct Heights location, Killen also let slip that he was working on a new project for Pearland – a barbecue joint called “Killen’s BBB” (for “Barbecue, Burgers and Beer”). One of Houston’s most talented chefs setting his sights on the religion that is Texas barbecue? For Houston barbecue fans, this was intriguing. 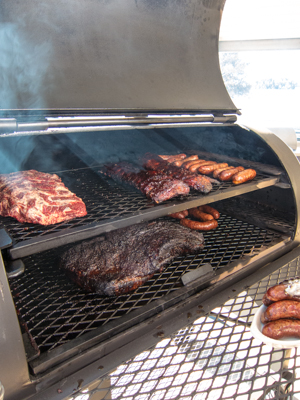 Recently, Chef Killen invited several local food writers and barbecue aficionados to an impromptu tasting of his barbecue at Killen’s in Pearland (the tasting was provided free of charge). Killen showed off a shiny-new barbecue pit made by renowned Houston pit maker David Klose. His bill-of-fare on this evening was the trinity of Texas barbecue – brisket, pork ribs and sausage/links.

No sooner had we sat down in the elegant Killen’s dining room – complete with white table cloths, warmed plates and starched waiters – that a bottle of Lone Star beer was plopped down in front of us and wave-after-wave of platters filled with classic Texas barbecue were set before us.

The barbecue was very good, especially considering Killen has only been barbecuing regularly for the last few months. The brisket was prepared Central Texas-style, with the “flat”, “point” and a generous fat cap all left intact from preparation to carving. A simple salt-and-pepper rub was used, and the twelve-pound brisket was smoked for about twelve hours with seasoned mesquite (for all you barbecue nerds out there, Killen holds and rests his brisket in butcher paper rather than tin foil). For this barbecue aficionado, the smoke level on the brisket was somewhat light (surprising for mesquite). Killen noted that the pit he used is still new and further seasoning should help with the future flavor and smoke levels. Ribs were pull-off-the-bone tender and came with a nicely-balanced sweet-tangy wet mop.

But the stars of the show were the pork-and-beef links made in-house by Killen and staff. High-quality (no filler) pork and beef is ground to a perfect consistency (not too coarse, not too fine), embellished with garlic and other herbs and spices, stuffed into a snappy pork casing and smoked on the pit. These are what barbecue links should be: properly textured with a balanced fat content, well-seasoned and smoked, and a casing with good snap but easy to bite through.

“Killen’s BBB” is obviously in its earliest stages. The barbecue is not on the steakhouse menu and not currently available to the general public. The plan is to move Killen’s Steakhouse to a larger location nearby in Pearland, and the current location will become Killen’s BBB. However, no leases have been signed and for now Chef Killen is happy to tow his new Klose pit around the state to barbecue competitions where he can perfect his technique.

But as anyone familiar with Texas barbecue knows, making the transition from backyard/competition barbecue to production barbecue is the tough part. Producing great results when occasionally smoking a few briskets on a small pit is a far cry from smoking hundreds of pounds of meat on a daily basis for rabid, self-proclaimed “barbecue experts”, i.e. real customers. But if anybody in Houston can do it, Ronnie Killen can.