There’s been a lot of hand-wringing lately about the lack of national recognition for Houston’s thriving food scene. 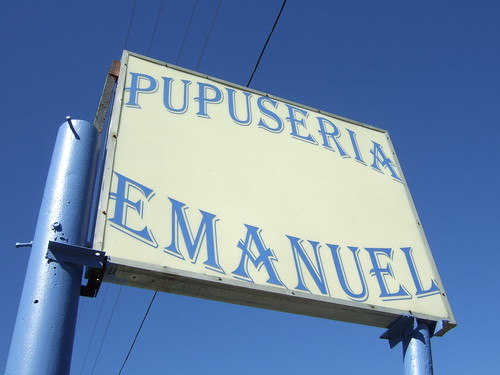 But God forbid, the day comes when selling yourself is as important as the music you make.   – Russell Hammond

It’s a legitimate argument – Houston and Houston’s restaurants are mostly overlooked in the ubiquitous Top Ten Restaurant/Chef/City Lists that are like content crack for editors of national food websites and blogs.

The current skirmish springs from Houston Chef Bryan Caswell’s appearance on the Food Network’s high-profile cooking competition: The Next Iron Chef. Unlike a lot of reality cooking competitions that feature heavily tattooed and chain-smoking contestants who spend half the show sitting around an impossibly luxurious villa complaining about each other’s fashion styles and grooming habits, The Next Iron Chef is actually known for testing the contestant’s cooking chops.

Caswell was a perfect fit for the show, and for representing “H-Town.” There are few chefs who are as hard working, classically trained, and firmly rooted as a native Texan. And if anyone can spread the gospel of Texas/Houston/Gulf Coast, it’s the media-savvy Caswell. After a strong run though the show in which he gained accolades from the judges and grudging respect from his (mostly East Coast) competitors, it was a buffet of Gulf Coast cuisine that eventually did him in.

It was a “damned if you do, damned if you don’t” moment – Caswell had to cook his native Gulf Coast cuisine (the theme of the challenge was “inspiration”), but putting an uber-regional dish like barbecue crab in front of a British food blogger (one of the judges) will always be a tough sell. And indeed, despite what looked like great dishes, Caswell was voted off The Next Iron Chef island.

Several days before the elimination show aired, Caswell penned a passionate defense of the Houston food scene on CNN’s Eatocracy blog. He again pointed out that the city is regularly overlooked by the national food media, as exemplified by the fact that Eater.com, the national network of food blogs, recently launched a blog in Austin rather than Houston.

He’s right: the idea that the Austin food scene – as good as it is – deserves more coverage than Houston is preposterous. As someone who has spent a lot of time in both places, Austin simply doesn’t have the breadth and depth of food offerings that Houston does. I agreed with Caswell’s implication that Eater.com’s decision was driven more by style than substance, as did the echo-chamber of Houston’s food bloggers and Twitterati (for what that’s worth).

Ultimately, though, I kept thinking to myself, “Who cares?” Yes, Houston’s restaurateurs and chefs must consider professional reputations and economic factors that could benefit greatly from more national exposure. But would that be good for Houstonians and the Houston food scene? Would Houston’s chefs be better off showboating for a national audience like so many other regional chefs have done? As much as I’d like to see Houston chefs like Bryan Caswell, Monica Pope, or Chris Shepherd get their own TV shows, I’d much prefer them in their own kitchens cooking for fellow Houstonians. And somehow, I get the feeling, that’s what they’d prefer to do too.

And even if there was a concerted effort to raise the national profile of the Houston food scene, how could you “brand” the bubbling cauldron of cuisines, dishes and ethnicities that make up the culinary landscape of Houston? (“Creole” and “New Creole” are terms that are sometimes used). The sheer size and diversity of Houston food scene is overwhelming even for those of us who spend a great deal of time trying to make sense of it all. On a recent speaking gig in Houston, TV food personality Anthony Bourdain admitted to being “intimidated” by Houston.

Chalk it up to fear of the unknown, I guess. On a recent jaunt down Telephone Road in southeast Houston, amidst an endless parade of shady lounges (“best mixed drinks” “set-ups”), taco trucks and car parts stores, I notice a ramshackle former drive-thru burger joint that had been transformed into “Pupuseria Emanuel.” I checked the usual websites for information: Yelp, B4-U-Eat, Google. Nothing. I observed for a while. A steady stream of take-out traffic. I decided to give it a try.

Peering through the takeout window, I watched as two (presumably Salvadoran) women hurried back and forth in the small kitchen, preparing what seemed to be an endless number of takeout orders. I scanned the menu – I’m not an expert in Salvadoran food – which listed several different kinds of pupusas – basically thick corn tortillas stuffed with various ingredients. I settled on pupusas de pipián, a pupusa stuffed with a sauce/mole made from the seeds of the calabaza (winter squash). After waiting for what seemed like an eternity as my pupusas were made to order, the result was one of the most delicious, seasonal and inexpensive dishes I’ve had in Houston.

I couldn’t imagine there being a better pupusa anywhere this side of El Salvador – not in Austin, Los Angeles or New York. But then I thought, how in the world can the Greater Houston Convention and Visitors Bureau possibly market Pupuseria Emanuel? The food is unique and great, but the menu is impenetrable for most people and the location is one of the “least scenic” (to be charitable) parts of Houston. And even if they did, do we really want Guy Fieri tooling up and down Telephone Road in his cherry red convertible with a camera crew in tow?

Recently, I re-watched the classic coming-of-age movie Almost Famous. It’s about an obscure yet talented rock band with its coterie of fans, writers, and groupies who travel around the country playing gigs for the love of the music. Then the national media start to take notice, and the inevitable existential crisis occurs: do they stay small and true to their roots, or do they in some way “sell out” for bigger national exposure? (watch the movie to find out what they decide). I thought there were some interesting parallels between the talented musicians and dedicated hangers-on of the movie, and the free-wheeling, “almost famous” buzz of the Houston food scene.