When I wrote a blog post for the Houston Press chronicling a day trip to Texas Monthly‘s top five Texas BBQ joints, my main goal was to convey the fun and camaraderie of such a seemingly audacious culinary adventure. As it turns out, a lot of people had no interest in the trip itself — all they wanted to know was, “Who’s got the best ‘Q?”

Fair enough. Although I do consider myself above the whole “Which BBQ is best” argument because such debates usually devolve into Texas-sized pissing contests. I personally subscribe to former Texas Monthly editor Greg Curtis’ opinion about other people’s opinions about BBQ: “All barbecue experts are self-proclaimed.” True.

Still, there is that competitive streak in all of us that demands some accounting of relative greatness, or in this case, tangy and smoky goodness. I mentally arranged rankings for the best dishes and BBQ joints into their appropriate slots, but never took time out from stuffing my pie hole with BBQ to actually write them down. Fortunately there was someone on the trip who was surreptitiously jotting the ratings down on the back of BBQ sauce-stained napkins. So, by popular demand, the official Tour de Q ratings.

The surreptitious BBQ ranker was in fact Fulmer, who along with Collier, joined me for the day trip to BBQ nirvana. You have no idea how happy I am to have at least two buddies willing to spend a whole day driving around central Texas looking for transcendent Texas BBQ.

Now on to the ratings as compiled and documented by Fulmer. I believe that both Collier and I agree with these ratings, except where noted. We stuck to the big three BBQ dishes: Brisket, Ribs, and Sausage. We visited Snow’s BBQ in Lexington, Louie Mueller BBQ in Taylor, Kreuz Market and Smitty’s Market in Lockhart, and City Market (no website) in Luling. We made a couple of impromptu stops at Burton Sausage in Brenham, and Taylor Cafe in Taylor.

The goal: Visit the top 5 Texas Monthly barbecue joints. Mission accomplished and we visited two more for good measure. So here’s how our esteemed panel of three ranked them.

Brisket: The true litmus test of any barbecue establishment. 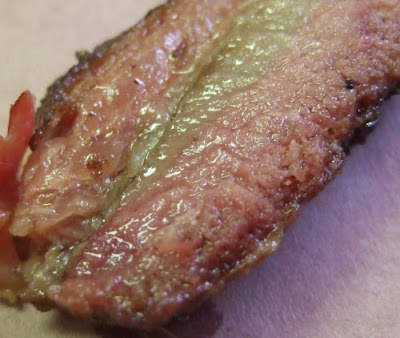 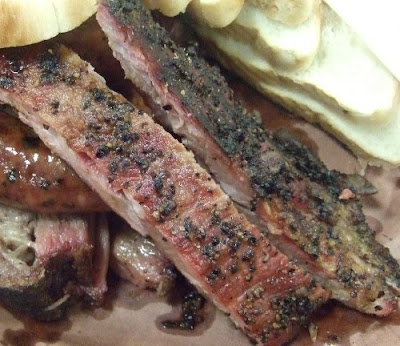 Sausage: A bit problematic to compare head to head as they were all a little bit different in ingredients, but were for the most part prepared the same way. 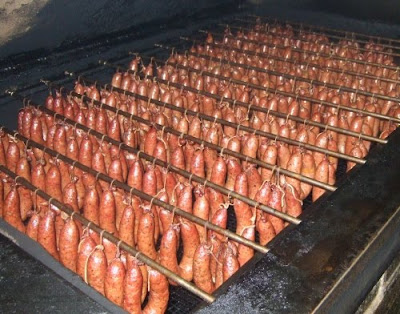 Sauce: Why bother. Sauce is for dry and/or bland brisket.