I finally took the plunge and bought a nice, big HD (high definition) TV. I’ve got Comcast which is relatively limited on their HD channels (don’t believe their commercials), but in general the HD quality is spectacular.

Of course I bought it for sports — college football mainly. Two other sports which I normally wouldn’t be caught dead watching — NASCAR and golf — are strangely fascinating to watch in HD. 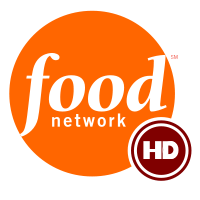 Who new Ina Garten had freckles? And Giada, yes she has flawless skin to go along with everything else. Alton Brown? He does some strange things to his hair, or what’s left of it. And Emeril. That man just does not look healthy. I have to think the rise of HD had something to do with his show getting canceled (he’s not even listed on the website). Kind of like all the local news stations getting rid of the old anchors and replacing them with the equivalent of fashion models.

But I digress. The best part is of course the actual food in HD. If you’re like me, I mainly cook dishes whose preparation I can watch on a TV show. When the recipe says “Cook onions until transparent,” what the heck does that mean? I have to actually see it to know what I’m doing. Actually seeing the color and the texture, not to mention the finished product, is essential for me to be satisfied I prepared it correctly. Now if only they could come up with Smell-O-Vision…

And the downside? Honestly, I think I’ve gained 5 pounds since I started watching Food Network HD. When they zoom in on the steaming, finished dishes my mouth starts watering and I start planning a big dinner. Gives a new meaning to the term “TV dinners.”

This entry was posted in Blog Only, Food and tagged alton brown, comcast, food network, giada, hd. Bookmark the permalink.