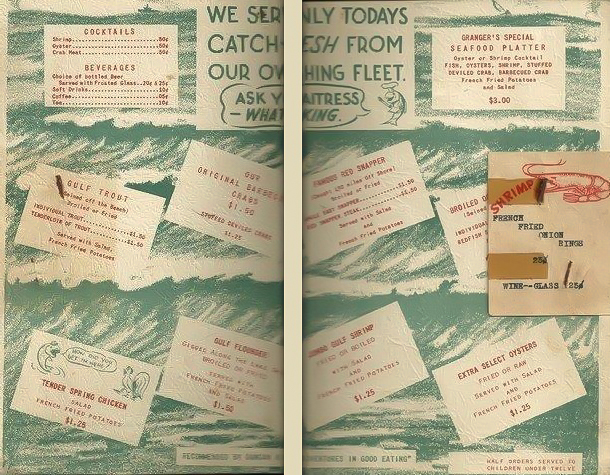 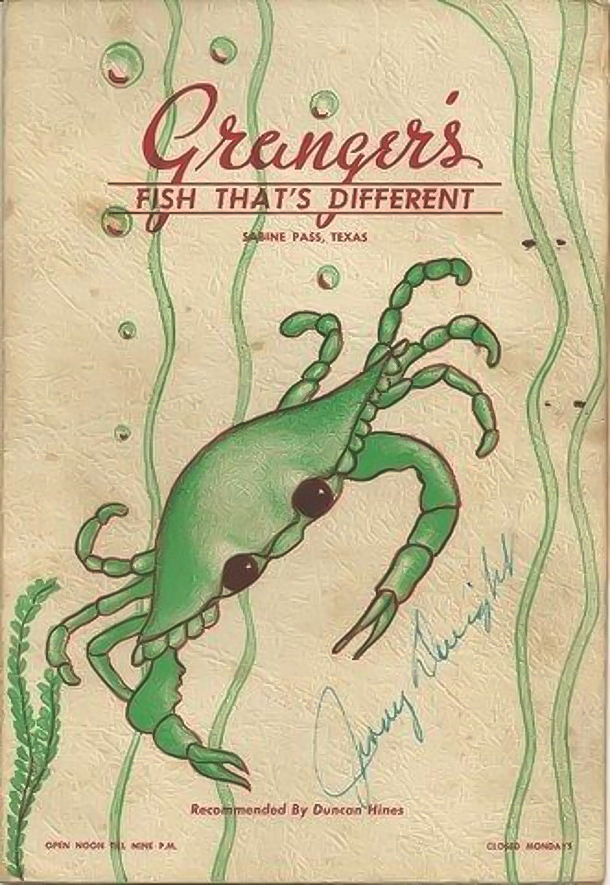 Front of Menu from Granger’s in Sabine Pass

The front of the menu notes opening times of noon-to-nine PM, closed Mondays. More significantly, the menu seems to have the signature of “Jerry Dwight.” Dwight was the step-son of the owners and is credited with serendipitously inventing barbecue crabs. I can’t say if this is his actual signature or if someone just wrote his name down, but it’s a nice touch. 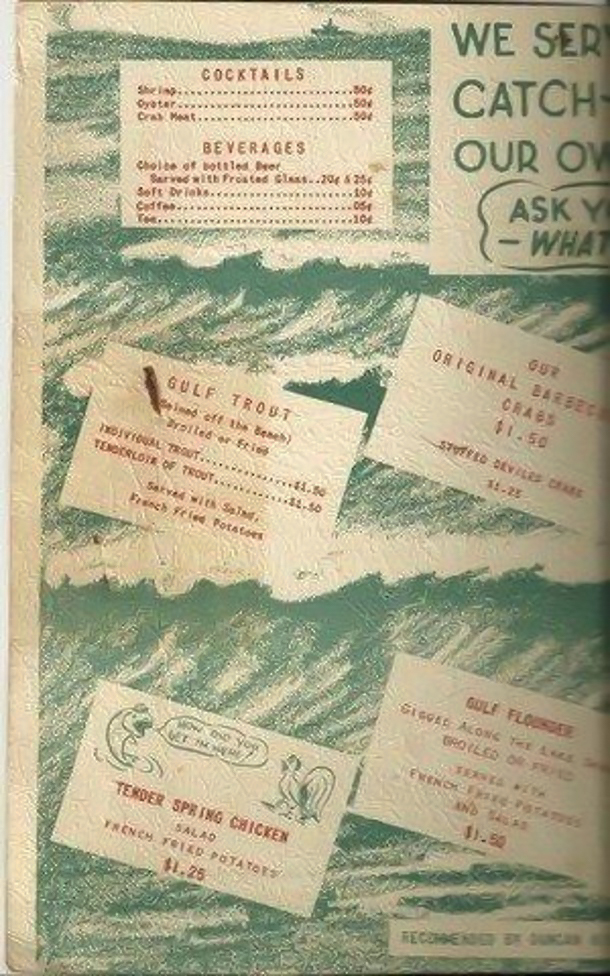 Left Half of Menu from Granger’s in Sabine Pass

I can make out most of the text on this left leaf of the menu. I love that the Gulf Trout was “seined off the beach.” There are still plenty of folks with seines (nets) off the beach even today.

There’s a listing, of course, for the “Original Barbecued Crabs.” I wonder if the $1.50 was for all-you-could-eat, a dozen, or what?

And you have to love the drawing of the fish talking to the “Tender Spring Chicken” asking “How did you get in here!”

The only text I can’t make out is for the “Gulf Flounder” which was “Gigged along the …” I wonder where it was gigged? 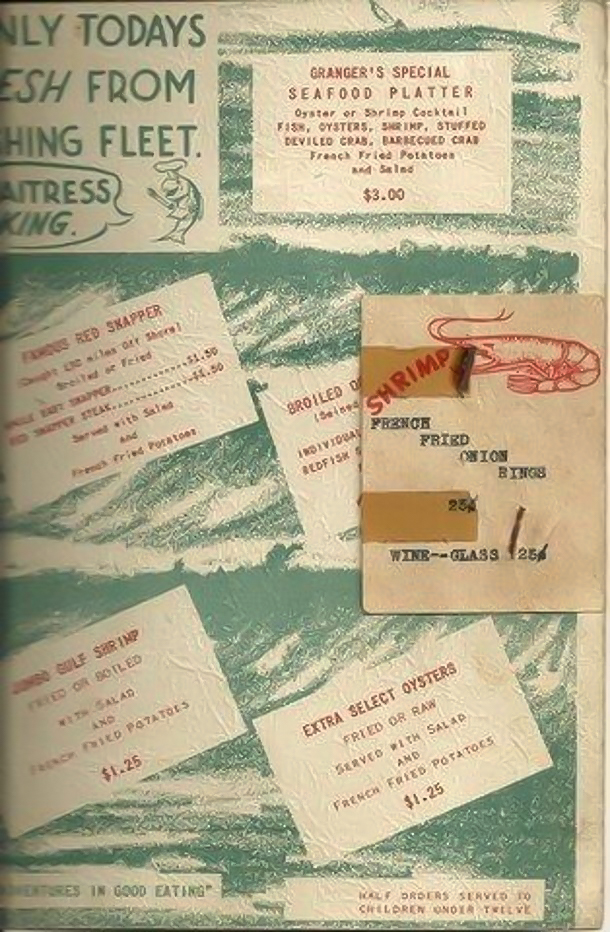 Right Half of Menu from Granger’s in Sabine Pass 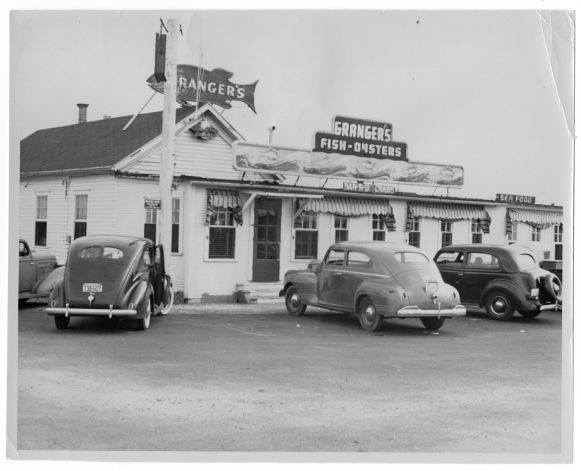 Here’s a picture of the outside of Granger’s that was posted to Facebook by Jim Rose. 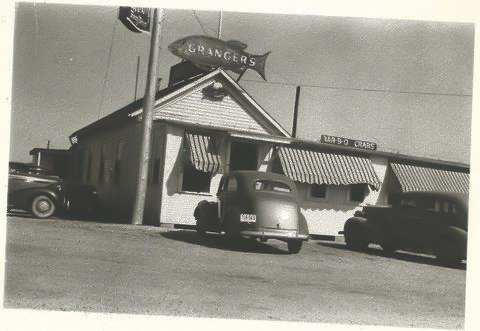 Here’s another picture of the outside of Granger’s, maybe a bit earlier, judging by the signage. Perhaps some auto historians could date these by the cars in the parking lot?

18 Responses to Granger’s in Sabine Pass