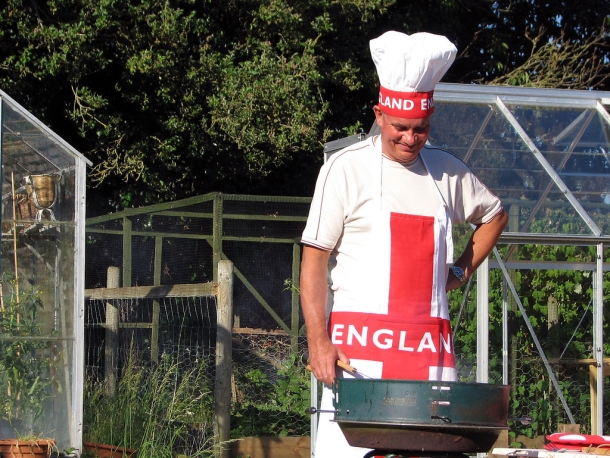 The export of Texas barbecue – or more specifically the culture of Texas barbecue – is a fascinating story. As recently as six years ago there were no legitimate Texas-style barbecue joints outside of Texas. Sure, there were innumerable “Texas BBQ” joints all over the U.S. But they mostly just paid lip service to true Texas BBQ by serving roast beef drowned in bottled barbecue sauce. True Texas BBQ, which for our purposes is primarily beef cooked using smoke at relatively low heat for long periods of time to tenderize and flavor the meat, simply did not exist outside our great state.

I would argue that the export of real Texas barbecue began with the opening of Hill Country Barbecue in New York City in 2007. This was (and still is) a Manhattan barbecue joint that used the same techniques of real Texas joints while also paying homage to the traditions and culture of Texas barbecue.

From there, the 2008 issue of Texas Monthly’s Top 50 Barbecue Joints had a big influence in the media coverage of barbecue. It was around this time that food media – blogs, cooking shows, the Food Network – really took off. Texas barbecue and its tradition and personalities were tailor-made for the expanding national interest in food.

Very interesting. RT @thejgold: Isn't it time to read about some barbecue? http://bit.ly/g8H55Y

But this review was by a respected critic who wrote knowledgeably about Texas barbecue. Within a year I was back in Los Angeles visiting Smoke City Market as well as several other legitimate Texas barbecue joints.

Additional research showed the export of Texas barbecue accelerating across the U.S. In 2012 I had the good fortune to publish a piece about this phenomenon in the New York Times in association with Texas Monthly. Since then, Texas barbecue has become even more popular, especially in New York City, where numerous legitimate Texas barbecue joints have opened up in Manhattan and Brooklyn.

During this arduous nation-wide barbecue research, I stumbled upon another review of note.

Real Texas barbecue found in the UK by @jayrayner1. BBQ run, anyone? http://bit.ly/r1tsjF

This is even more impressive because in the U.K. the term “BBQ” has traditionally meant “grilling.” But most if not all of the new traditional barbecue joints use smokers rather than grills to cook the meat. A list of the brick-and-mortar U.K. barbecue joints I’ll be visiting is below.

There are many additional trailers and food stalls not on this map that sell barbecue, whose opening times and locations change, and I’ll try to visit those also.

All that said, a final question might be, “Why go all the way to the U.K. to eat Texas barbecue?” Indeed, when describing my trip to almost everyone, the invariable response is, “There’s barbecue in the U.K.?!” Even my most earnest explanations fail to assuage the skepticism. “He just needs an excuse to go to Europe again,” they whisper (I heard you!).

No, as someone who has followed the culture of Texas barbecue for many years, to see it exported nationally and internationally is indeed fascinating. Some of the greatest insight into our own culture is gained by understanding how other cultures view and assimilate it for themselves. This cultural exchange is usually manifested in areas like music, film, and television. More recently food traditions have made the jump across the pond (both directions).

Barbecue holds a special place in this exchange; after all, applying fire and smoke to meat is an ancient tradition. Texas has just brought it to a higher art form, worthy of sincere imitation.