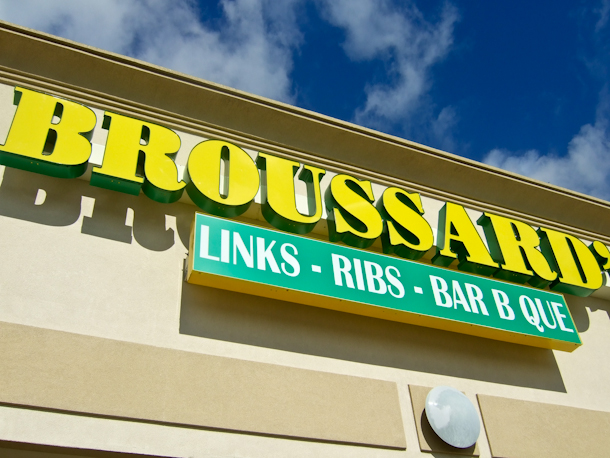 If an enterprising food historian ever decided to do a definitive history of Texas barbecue, the subject of sausage links would undoubtedly fill a whole volume. Unlike other barbecue staples like beef brisket and pork ribs where the underlying ingredient is (mostly) the same and only the preparations are different, sausage links differ in virtually every dimension. Beef, pork or a combination of both? What kind of casing? Spicy or mild? What is the meat-to-fat ratio?

Drive through any of the Texas barbecue regions – west, central, east – and virtually every place you visit will have its own version of sausage. Some places have staked a claim to the “best” kind of sausage links. Elgin is famously known as the “Sausage Capital of Texas” where legendary joints like Southside Market and Meyer’s Smokehouse produce “Elgin hot guts” based on the recipes of early German immigrants.

Further east, the tiny town of Pittsburg claims the crown for best “hot links” in Texas. In fact, “East Texas links” are one of the best-known “styles” of sausage in Texas. These “links” (as they’re commonly known in East Texas) have a long tradition in the urban, mainly African American-owned barbecue joints of east and Southeast Texas.

Like other inexpensive, region-specific specialties, the origin of East Texas hot links can be traced to the question of what to do with leftovers after prime cuts of meat have been prepared and served. Scraps of beef, and in some cases offal, were combined with trimmed fat, ground into a filling and then stuffed into casing to make links. In the past, when those scraps may have been a few days past their prime, strong herbs and spices like garlic and paprika were liberally added to the mix to help mask any unpleasant flavor.

Today, of course, these links are made with fresh meats and the addition of spices and herbs is calibrated for wide appeal. In Houston barbecue joints, East Texas links are listed as “homemade links,” “juicy links,” or “spicy links” and are traditionally made only from beef. Burns BBQ & Catering, Burns Old-Fashioned Pit Bar-B-Q, and Kozy Kitchen all produce classic East Texas links. 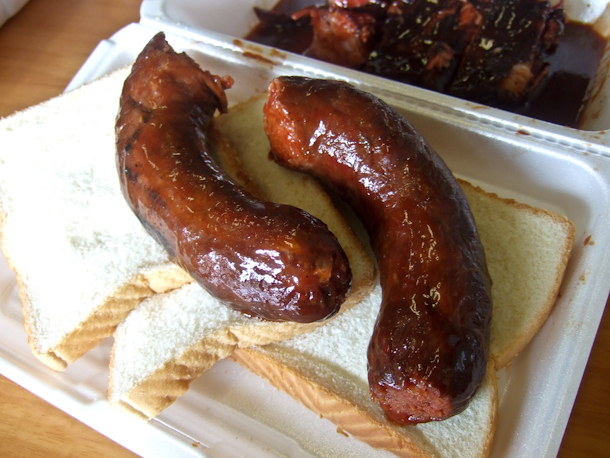 Recently a new barbecue restaurant, Broussard’s Links Plus Ribs, began selling some of Houston’s best and most authentic East Texas links. This location in a far southwestern corner of the Sam Houston Tollway is an outpost of a longtime Beaumont barbecue joint. Starting in the 1970s, Leonard Broussard began making links with a mixture of all-beef filling, beef fat, spices and big chunks of garlic that are stuffed into natural beef casings and then smoked with red oak.

I asked Mr. Broussard about his recipe and the origins of East Texas links. “I learned how to make links from my uncle when I was a kid,” he explained. “Back then we called them garlic bombs and they had a lot more fat. Today we’ve changed the recipe slightly to appeal to more people. I’ve never researched the history of links, but my guess is there’s a Creole part to it.” Which makes perfect sense. The influence of Louisiana Creole and Cajun traditions on East Texas cuisine is unmistakable.

A note on how to eat East Texas links. Some traditionalists, including Mr. Broussard, insist that you eat the whole link – filling, casing and all. However, I’ve sometimes found the casing to be so tough that you can’t chew through it. In this case, I’ll either squeeze the filling out on to a piece of bread (similar to eating boudin), or I’ll slice the casing off the link and then add the filling to the bread. Fold the bread over, dip it into some barbecue sauce, and you’ll experience the flavors of a traditional East Texas barbecue link.