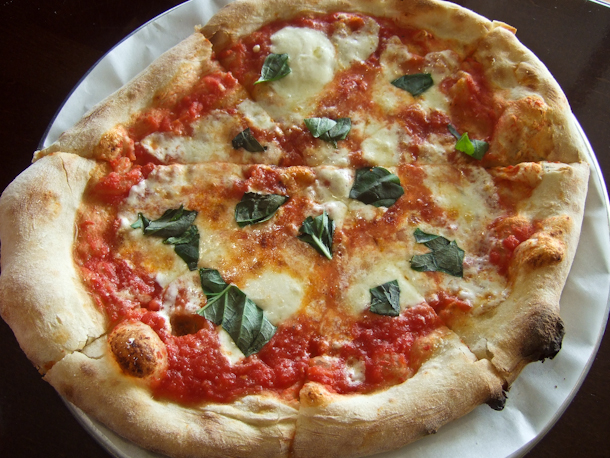 It’s hard to explain the fanatical attraction of Neapolitan-style pizza. For Americans raised on spongy-crusted, fast-food pizzas smothered in gaudy toppings, the subtlety and nuance of Pizza Napoletana can be hard to grasp. It doesn’t look like much – at least not compared to the over-sized pizzas you get at Pizza Hut and Dominos. It’s misshapen, with a charred and blackened outer crust and just a few obvious toppings – tomato sauce, cheese and basil leaves.

But as the saying goes, Pizza Napoletana is more than the sum of its parts. In the case of the classic “Margherita” pizza, the yeasty crust combines with the sweet acidity of the San Marzano tomatoes, the richness of the mozzarella cheese, the spiciness of the basil, and hints of olive oil and sea salt to create the perfect synthesis of flavor and texture.

There are about sixty restaurants in the United States that are VPN certified. In Texas, there are four: Dough and Luciano in San Antonio, and Cavalli and Il Cane Rosso in the Dallas area. Until recently there were no Neapolitan-style pizza joints in Houston, though several offered similar thin-crust pizzas. Dolce Vita in Montrose was one of the first to offer a legitimate thin-crust, wood-fired pizza, and several places like Russo’s and Grimaldi’s offer coal oven pizzas which are native of New York City. More recently, The Tasting Room CityCentre began offering pizzas that follow VPN guidelines, but is not officially certified. And this past December, a new Neapolitan-style pizza restaurant, Pizaro’s Pizza, opened in a shopping center at the corner of North Kirkwood and Memorial.

Pizaro’s is the brainchild of Houstonian Bill Hutchinson who spent many years as a globetrotting corporate salesman. His travels occasionally took him to Italy, and specifically Naples, where he discovered the fanatical attraction of Pizza Napoletana. It wasn’t long before Hutchinson jettisoned his previous career and went, as he says, “all in” with a new Neapolitan-style pizza shop in Houston. His wife, Gloria, handles “everything but the pizza” and his son Matthew tends the order counter.

Hutchinson’s planning for Pizaro’s involved additional trips to Naples to study the techniques of the pizzaioli (pizza makers) there, as well as training at the official VPN Americas facility in Marina del Ray, California where he was certified as a Professional Pizzaiolo. But one of the biggest challenges involved procurement of the most important tool in the Neapolitan pizza maker’s arsenal – the wood-fired oven. 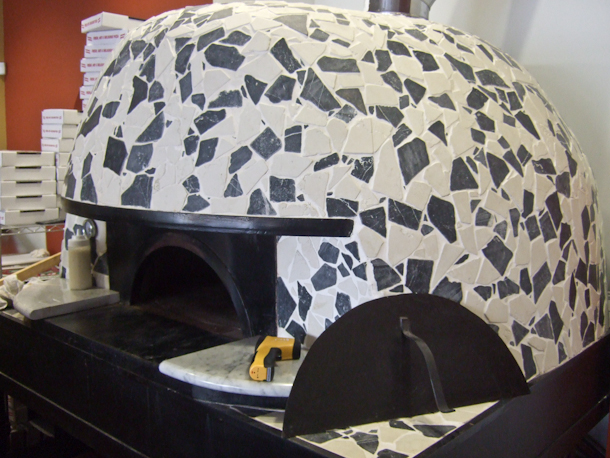 Not wanting to compromise on authenticity, Hutchinson had the dome-shaped oven built in Naples to centuries-old standards and then shipped to Houston. Although Pizaro’s is not VPN certified, Hutchinson is committed to following the guidelines set forth by the Associazione Verace Pizza Napoletana which includes making the dough and mozzarella cheese from scratch everyday. 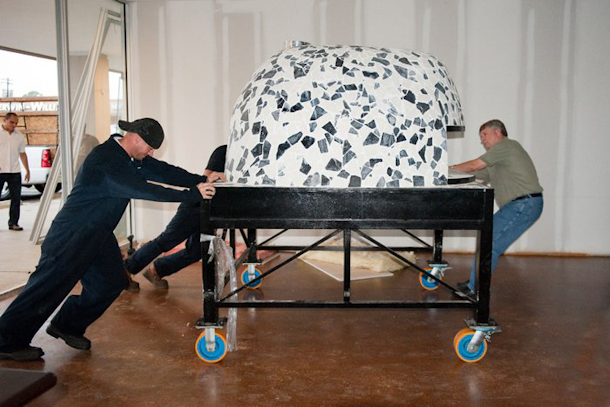 Pizaro’s makes an excellent Neapolitan-style pizza and one of the best pizzas in Houston. And although it’s impossible to exactly duplicate the pizza in Naples, Pizaro’s Margherita pizza is worthy of any you would get there. Other menu items include a Calabrese pizza (with spicy Sopressata sausage) and a Patata e Funghi (potato and mushroom) pizza. On a recent lunch visit, a daily special featured a fantastic “bianco” (white) pizza with cured fennel sausage, goat cheese, olive oil, garlic and mozzarella.

Pizaro’s doesn’t serve beer, wine or mixed drinks. It does, however, offer one of the best B.Y.O.B deals in Houston – no corkage fees. So you can bring in your own beer and/or wine at no additional charge. There’s even a wine-opening station that provides a corkscrew and glasses.

One of the main tenets of Pizza Napoletana is that although following the guidelines is necessary, the true art of pizza-making is in the technique and experience of the pizzaiolo. Pizaro’s is barely a month old, and as Hutchinson and family make more and more pizzas for Houstonians, it stands to get even better.