Who’s afraid of a little haggis? 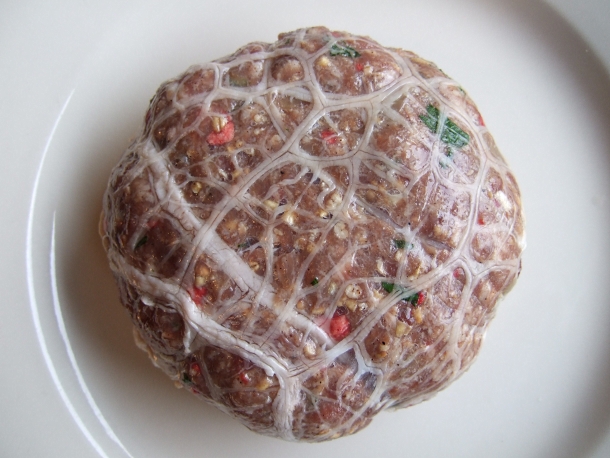 This is a story about haggis, a dish traditionally associated with the cuisine of Scotland. There are many myths, legends, rumors, and even poems associated with haggis. But most importantly, haggis is delicious and nutritious.

I want to get that out in the beginning (the delicious and nutritious part) because the story of haggis can be a bumpy road for those outside of Scotland, particularly in those cultures that shy away from eating the internal organs of animals (I’m looking at you America).

There’s an old saying, “You don’t want to know how sausage is made.” In other words, we all love to eat sausage, but if we knew what ingredients went in to it, we might not want to eat it anymore. The same is true for haggis. But the story of haggis is irrevocably tied to its recipe and ingredients, so there’s no way around a full airing of its preparation. So here goes.

The main ingredient in haggis is sheep’s “pluck.” This is an inclusive term for the internal organs of a sheep, specifically the trachea (windpipe or throat), lungs, heart and liver. These materials are chopped up and combined with other ingredients like oats, onions, suet (sheep’s fat), and various spices like thyme, sage and rosemary. The whole lot of it is mixed up and stuffed into a sheep’s stomach or ox bung (don’t ask) and then boiled in water.

The dish is plated with a side of neeps and tatties, the cheeky Scottish term for mashed potatoes and rutabaga. The combination isn’t random; the potato and rutabaga offer a welcome starchy/sweet balance with the intense earthiness of the organ meat. The haggis is either left in its casing, in which case you ceremonially cut it open to reveal the haggis inside, or it’s removed and spooned on to the plate for easy access. Traditionally, the drink of choice when eating haggis is, not surprisingly, Scotch whisky.

I asked my friend and expatriate Doug Robertson about his experience with haggis growing up in Scotland. “It’s more of a special occasion dish. We didn’t really cook it at home. It’s popular in rustic restaurants, especially for breakfast. It’s obviously a big deal for a Burns supper.” 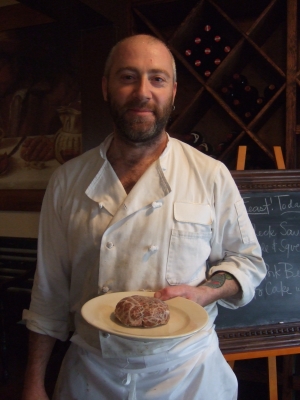 Burns supper? That would be Robert Burns, eighteenth century poet and Scotland’s “favorite son.” His poems and folk songs are well known, including Auld Lang Syne and Tam O’Shanter. Every year on or around January 25th, Scottish societies, clubs and admirers all over the world hold “Burns suppers” to celebrate his birthday. Did I mention that Robert Burns wrote a poem to haggis? Indeed, he wrote an entire poem, Address to a Haggis, literally singing the praises of the Scottish national dish.

The ceremonial “entrance of the haggis” is a big part of a Burns supper, with a large haggis carried in as bagpipes play. Address to a Haggis is read, a toast is made with whisky, and the haggis is divvied up among the guests. During the recent Burns celebrations this past January, Houston’s Feast Restaurant was asked to prepare haggis for several suppers here.

Feast is known for serving English cuisine, so I asked co-owner, chef and Englishman Richard Knight about Scottish haggis. “You don’t see it a lot in England, but with the recent popularity of nose-to-tail cooking, you’ll occasionally see haggis on menus in London.” According to Knight, his English business partner and chef James Silk spent time cooking in Edinburgh (Scotland), and that’s the basis for their recipe.

In addition to making haggis for Burns suppers, Feast put the dish on its regular menu over a weekend in January. It’s rarely on the menu at Feast, and I’ve never seen it on any other restaurant menu in Houston. I’d never tasted haggis so I made a reservation for dinner, bringing along my friend Peggy, an American who had lived in Scotland and eaten the haggis there. Referring to the Feast version, she commented, “It’s meatier than the haggis I remember. I recall a lot more filler in Scotland, a lot more oats.” That said, we both agreed that the haggis at Feast was delicious.

Haggis with neeps and tatties at Feast Houston

The comment regarding “filler” in haggis is pertinent. Like a lot of infamous or exotic dishes, the recipe for haggis is historically made up of stuff left over after the “good stuff” is finished. So after the exquisite lamb chops and rack of lamb and other conventional cuts of the lamb were used (usually eaten by the wealthy), what was left over – the organs, etc. – were chopped up, mixed with “filler” (like oats) to make it more substantial and sometimes nutritious, and then served (usually to poor people) as a dish like haggis. 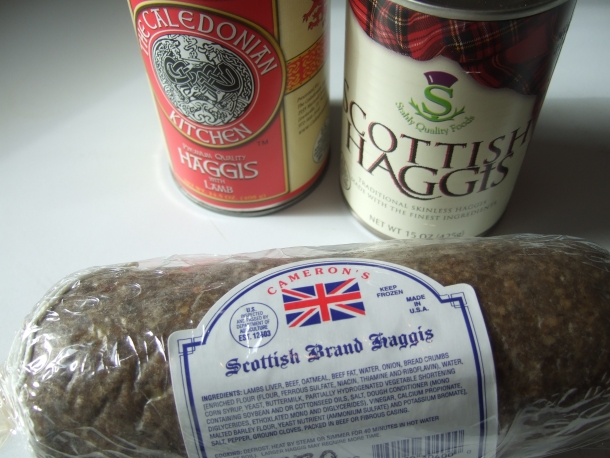 Today, haggis isn’t just a poor man’s dish, and it’s not just served in restaurants and at Burns suppers. Haggis is available in a can. And frozen. And it’s shipped to haggis lovers (read: Scottish expatriates) all over the world. Except in the United States. In 1971, for health reasons, the U.S. prohibited the import of food containing sheep lung. Then in 1989, the U.S. banned the import of all beef and lamb from the United Kingdom due to the “mad cow disease” crisis. So what’s a haggis-loving Scottish expatriate in the U.S. to do?

I called Debbie Tosh, buyer and general manager (and expat Scot) at British Isles, a store in Houston that specializes in products and food from the U.K. “We have canned haggis. It’s made from Scottish recipes, but manufactured in the U.S.” I asked the obvious question, how much of it does she actually sell? “We sell a lot. There’s a big community of Scottish expatriates in Houston, mostly associated with the oil industry. We sell by the case for Burns suppers. And we do sell some as gag gifts.” 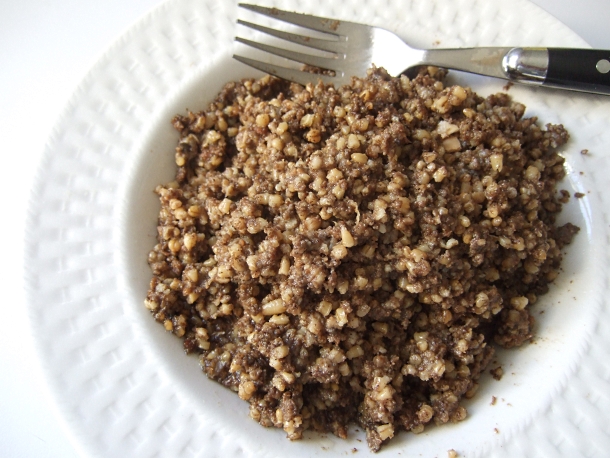 I bought a couple of different kinds of canned haggis at British Isles to try them out. One of them is made by Caledonian Kitchen which, ironically, is manufactured in Ohio by a company headquartered near Dallas by owners who have no connection to Scotland other than their distant ancestry. In 1992, on a pilgrimage to Scotland to trace his ancestry, owner Jim Walters got hooked on haggis. Back in the U.S. he realized there was no haggis to be found, so he made his own based on Scottish recipes. He started serving it at Scottish festivals in the U.S. and eventually started canning it and selling it.

In 2003, a Scottish magazine invited Walters to submit his haggis to a tasting competition in Scotland. Canned haggis from nine manufacturers in Scotland plus Walter’s Texas haggis were entered. The Texas haggis came in an impressive 5th place. I asked Walters if he was there to accept either bouquets or brickbats from the Scots for his impressive placing. “No, they wouldn’t let me attend. I think they thought I’d show up in a kilt and cowboy boots!”

So what does canned haggis taste like? First, it’s more pungent than the Feast restaurant version. The earthy, meaty, somewhat metallic flavor of the offal (organs) is more pronounced, though not necessarily distasteful for most people. If you’ve ever eaten beef or chicken livers, the overall flavor of haggis is somewhat similar. The pungent flavor is cut by the nutty oats, which are more prominent in the canned version. The oats also offer a nice crunchy texture. The spices are also noticeable, and add an extra dimension of flavor.

My conclusion? Haggis is perhaps an acquired taste, but it’s nothing to be afraid of.