The Truth About Neapolitan-style Pizza 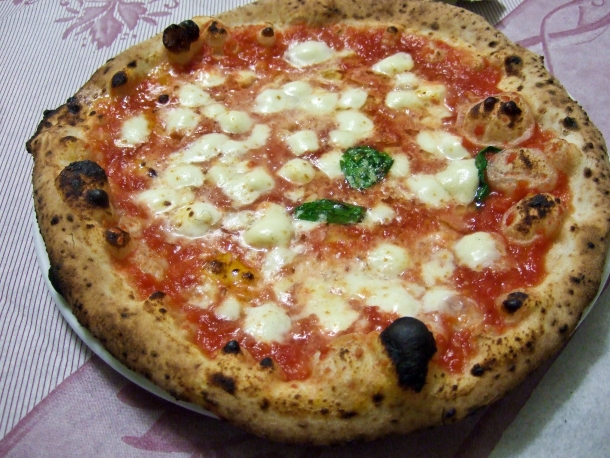 My waiter, a young man in his twenties wearing a dirty apron that sheathed a prodigious belly usually seen on men some twenty years older, was the model of indifference.

He spoke no English, and as I pointed to the menu to place my order for a pizza, he never looked up from his order pad. The dining room was dim and dusty — this restaurant had been around since 1936 — with mountainous piles of fetid, decomposing garbage just outside the front door. A few feet away on the adjoining street, cars and motorbikes competed in a diabolical contest to see who could lean on their horns the longest and loudest. When the pizza arrived, it was small (by American standards), misshapen, unsliced, charred all around and minimal on the toppings. 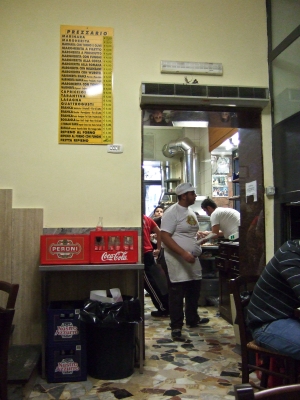 I was in Naples, Italy. The pizza joint was Antica Pizzeria e Friggitoria di Matteo, or just Di Matteo for short. It’s located on Via dei Tribunali, a narrow, claustrophobic main thoroughfare that boasts several of the oldest pizzerias in the world. I was here to find out why Neapolitan pizza, or Pizza Napoletana, is considered by many to be the best and most authentic style of pizza.

There are many different “styles” of pizza. If you grew up in the U.S., you’re probably most familiar with the “New York-style” pizza; basically a large, round “pizza pie” with a spongy crust that’s topped with any number of ingredients and cooked in a commercial gas oven. In New York City you often buy this pizza “by the slice” from guys with names like Sal and Carmine. Another style from New York is the “coal-fired” pizzas made famous in joints like Lombardi’s and Grimaldi’s. More recently, authentic “Neapolitan-style” pizza — what has historically been known has Pizza Napoletana — has gained popularity in the United States.

What’s so special about Pizza Napoletana? Like many Italian foods, it boils down to history and taste. With regard to taste, Pizza Napoletana is the essence of simplicity; a few high quality ingredients combined and cooked in such a way to create a whole greater than the parts. The iconic version of Pizza Napoletana is the Margherita. A charred crust, thin in the middle and thicker around the edges, fragrant of yeast and bread, combines with the acidity of the tomato sauce and the richness of the Mozzarella di Bufala cheese, and then sprinkled with sea salt and fresh basil leaves. The pizza is baked in a wood-fired oven at 900 degrees for 60-90 seconds. 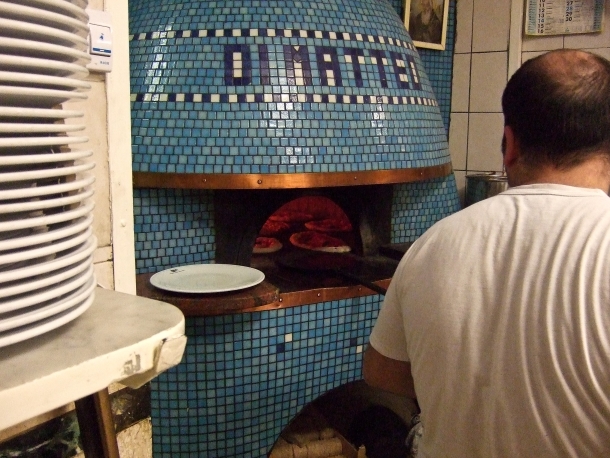 The history of pizza is long, but suffice it to say that mankind has been slathering ingredients on top of baked dough for thousands of years. Of course, pizza is most often associated with Italy, particularly the city of Naples. Pizza Napoletana dates back to the early 1700s (corresponding to the introduction of tomatoes in Italy), and the recipe of the iconic Margherita pizza to the early 1800s. The name was established in 1889 when the Queen of Italy, Margherita of Savoy, visited Naples and was presented with a pizza made with ingredients featuring the colors of the Italian flag: red tomatoes, white cheese and green basil. There is still a pizzeria in Naples today — Pizzeria Brandi — that traces its origins to the pizzaiolo (pizza maker) Raffaele Esposito who is credited with preparing the pizza for the Queen.

So for pizza connoisseurs, true Pizza Napoletana is the gold standard of pizza styles, both in taste and history. But for those of us who aren’t pizza experts, how do we tell when Pizza Napoletana is “real” and not “imitation?” Can we get real Pizza Napoletana in the United States.? In Texas? Who decides what’s real and what’s fake? Is real always better than fake? 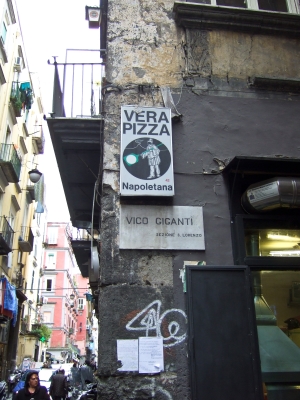 The short answer is: yes, true Pizza Napoletana is (obviously) better than versions that use lower quality ingredients or shortcuts in the preparation. And there is a system in place to ensure that we as consumers get the real deal. And you can get it in Texas. The story of “true” Pizza Napoletana begins in Naples in 1984 with the formation of the Associazione Verace Pizza Napoletana (“Association for True Neapolitan Pizza”).

The AVPN is a trade association tasked to promote and defend the true Pizza Napoletana. Among other activities, it sets guidelines for the ingredients and preparation of true Pizza Napoletana, and certifies that restaurants and pizzaioli are properly trained in those guidelines. A pizzeria that successfully acquires certification can display a “Vera Pizza Napoletana” plaque as a way to let consumers know that it makes the real Pizza Napoletana. Furthermore, in February 2010, The European Union granted Pizza Napoletana legal status as a Specialità Tradizionale Garantita (Traditional Specialty Guaranteed). This is a type of trademark that prevents “fake” or imitation makers of Neapolitan-style pizza (which may be of inferior quality) from claiming they produce true Pizza Napoletana. 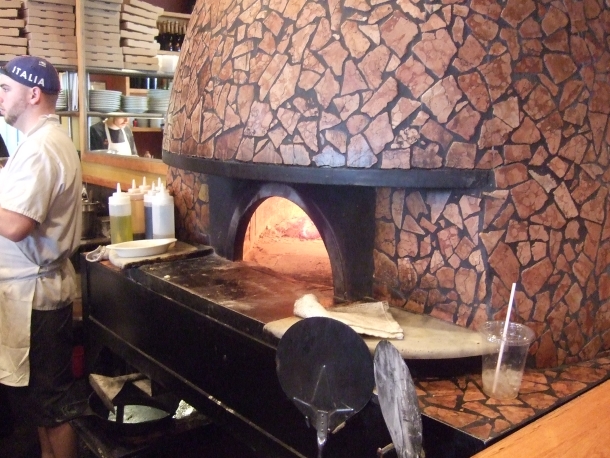 Here in the U.S., the AVPN has established an organization known as VPN Americas as the official delegation for true Pizza Napoletana. Based in California, it follows the exact same guidelines as the Naples association, and is responsible for certifying pizzerias and pizzaioli in the U.S. Currently there are over 40 pizzerias certified as Vera Pizza Napoletana in the United States. 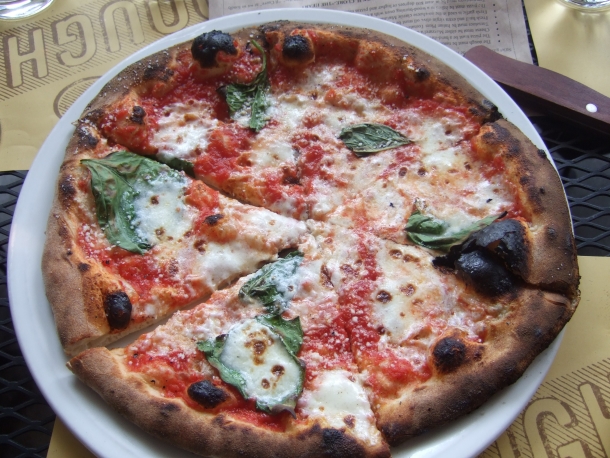 In Texas, there are three VPN certified pizzerias: Cavalli Pizzeria in Irving, and Dough Pizzeria and Luciano Pizzeria in San Antonio. Dough is perhaps the most well-known Vera Pizza Napoletana (VPN) restaurant in Texas, with a loyal clientele and new plans to expand to Dallas. In my experience, Dough’s “Margherita STG” pizza is the closest you will get to the real thing in Texas. In Houston, Chef Michael Kramer of The Tasting Room Wine Cafe has completed VPN training in California. The Tasting Room CityCentre location has a new wood-fired oven, and although the restaurant itself is not yet VPN certified, it is producing pizza Margherita in the tradition of true Pizza Napoletana.

It’s a unique combination of globalization and legally-protected local food traditions that allows the spirit and flavor of true Pizza Napoletana to be made available worldwide. Obviously there are many pizzerias and styles of pizza throughout the world that are of a high quality and don’t necessarily need a certification. But for those of us who are interested in the traditions and history of what we eat and cook, Vera Pizza Napoletana is a great resource to make sure we get the real deal when it comes to Neapolitan-style pizza.

You can view a photo gallery of my day trip to Naples, Italy.

11 Responses to The Truth About Neapolitan-style Pizza