Ful and Falafel at Cafe Lili 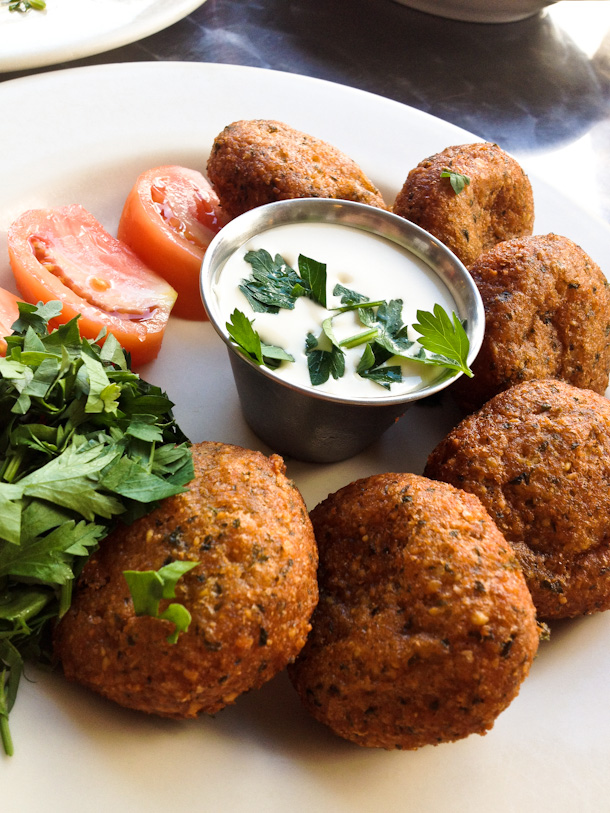 Fava beans are one of the oldest staple crops of the Middle East. First documented some 5000 years ago, references to fava beans can be found in Pharaonic Egypt as well as the Bible. As a staple crop, this legume is considered a “food of the people” and today one of the national dishes of Egypt, ful medammis, is made from boiled and mashed fava beans (ful is the word for fava bean in Arabic), olive oil, onion, garlic, parsley and lemon. It’s traditionally eaten for breakfast or lunch.

Another Mediterranean/Middle Eastern dish that uses fava beans, falafel, is better-known (at least in the West) than ful. Falafel is most often associated with chickpeas, another staple crop of the Middle East. However, falafel made solely from fava beans, or more frequently a combination of fava beans and chickpeas, is also customary. The beans are soaked overnight, and then ground together with ingredients and spices such as parsley, onions, garlic and coriander. The mixture is shaped into balls and deep fried.

In Houston, there are many different variations of falafel, and as many different restaurants in which to sample them. Debates rage about the proper combinations of ingredients, and whether the interior of the falafel should be creamy or coarse. It’s generally agreed that a proper falafel should have a crisp, snappy outer layer produced from the frying, which encloses a moist, steaming and crispy/coarse interior. 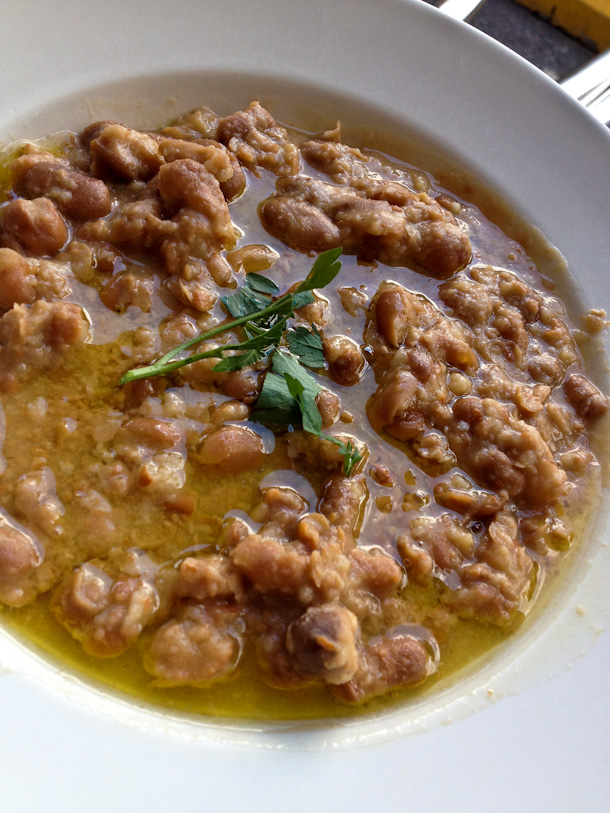 One of the best places in Houston to get both falafel and ful is Cafe Lili Lebanese Grill. Here, ful is listed as a specialty on the menu using a slightly different spelling: foul mudammas (both ful and foul pronounced “fool”). As with many Middle Eastern cuisines, the key to enjoying the dish is provided by the pita bread and condiments served alongside. By itself, ful is somewhat one-dimensional in flavor with the rich earthiness of the fava beans and olive oil predominating. To coax out the full (no pun intended) flavor, scoop some ful into a small pocket of pita bread, add some raw onion, parsley and a squeeze of lemon, and the complex flavors of Middle Eastern cuisine are revealed.

Similarly, falafels are best eaten with embellishments. Though there are spicier falafels in Houston, the ones at Cafe Lili are excellent, with a nutty-flavored, crispy-thin exterior crust and a fragrant creamy-moist interior. These are made with a combination of fava beans and chickpeas. Grab a pocket of pita bread, toss in a couple of falafels, add parsley and tomato, drizzle on some tahini sauce, and the combination of flavors is addicting.

One of the great benefits of dishes like ful and falafel is that they are related to the Mediterranean diet and its storied positive health effects. Both ful and falafel are vegetarian dishes, and heaped with healthy protein and fiber. Even the prevalence of olive oil, either as an ingredient or used for frying, is considered a health benefit. So if you’re looking for a change of pace from the usual dinner of steak, fish or chicken, the ful and falafel at Cafe Lili are delicious alternatives that don’t sacrifice flavor or satisfaction.